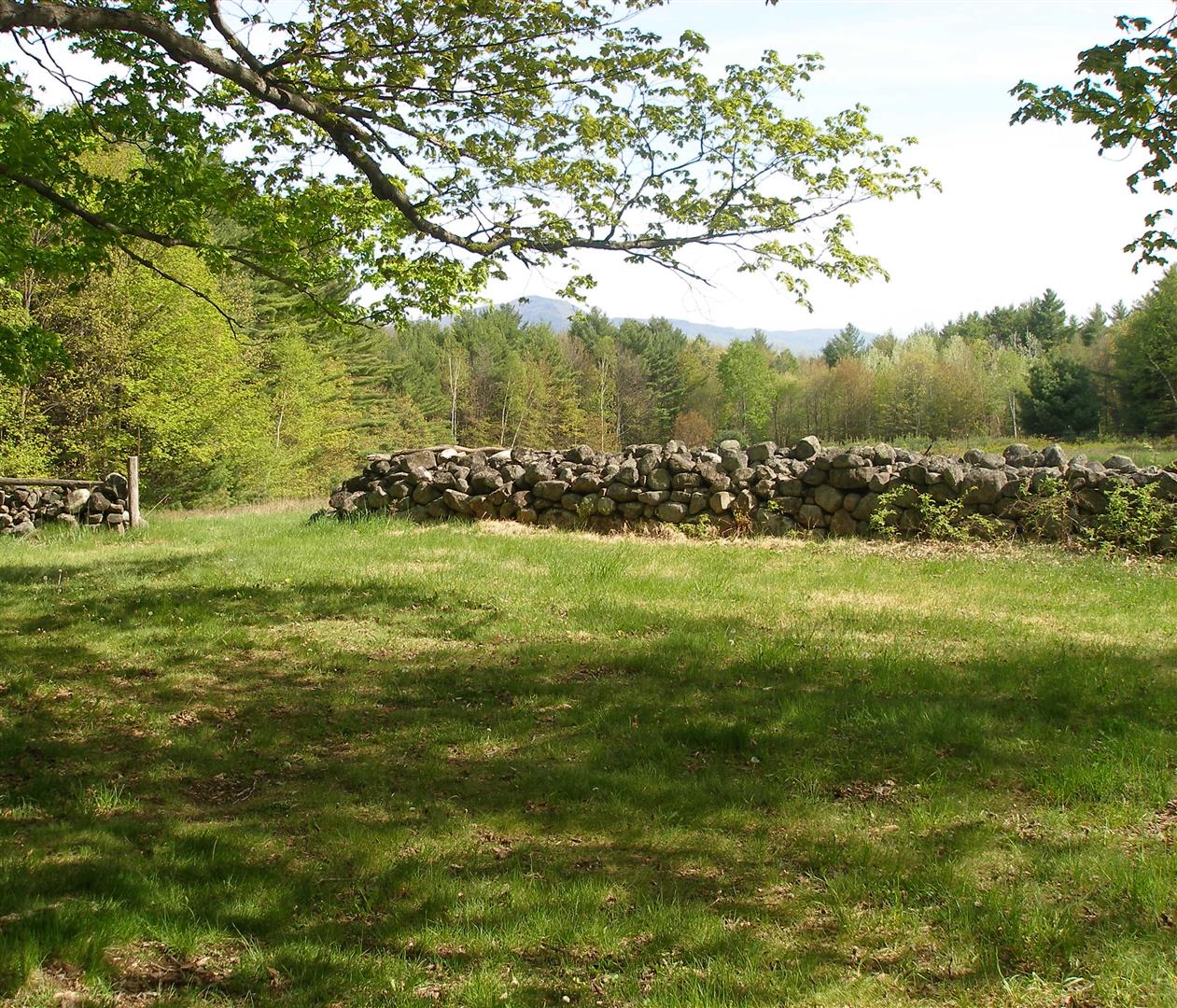 For over 130 years an acclaimed American woman was an innovator in the art world. She is now hailed as a foremother of Modern American art. Her influence on important American artists is now understood. Through her positions in Manhattan at the famed Art Students League. The Whitney Studio Club, and her circle of friends. All legendary artists of the early Modernist movement.

At her popular studio and art galleries in Manhattan. Wilhelmina Weber Furlong was a forgotten woman. Subsequently hailed by many. Therefore, credited in the footnotes of American art for a century. Her fascinating story is now clarified. Bringing her out of the footnotes to the forefront. Most importantly, people today can know who Wilhelmina Weber Furlong was. Likewise, how she lived her life. Most of all in conclusion appreciate her important work and contributions to American Art.

In 1962, Wilhelmina’s body of works made their way to Texas from New York. They remained hidden for fifty years. Nonetheless art history Professor Emeritus James K. Kettlewell. Of Harvard, Skidmore College, and former Curator of The Hyde Collection. Searched for her work. Even assigning students the task. In the foreword to The Treasured Collection of Golden Heart Farm. Professor Kettlewell examines her work and style. Just as he has since 1962. Since the paintings became lost to the New York arts communities. Professor Kettlewell held exhibitions from 1966 to 1994. Locating about 40 of Weber’s paintings that remained throughout New York State.

In short it was not until the summer of 2012. From Stockholm, Sweden when Clint Weber. The great-grand-nephew of Wilhelmina Weber Furlong. Was completing research for the biography of his great relative. As a result, he located the esteemed professor. When the two met in Saratoga Springs, New York. It was an emotional experience. They have now both dedicated their lives to telling the story. Of this amazing American woman modernist. The two have been on a quest to locate the remaining students and friends of Weber Furlong. From between 1948 and 1962.

They have now interviewed sixteen people. Many are no longer with us. Their collected Weber Furlong paintings remain. They are currently hard at work cataloging and preserving all that remains of Weber Furlong’s belongings. From the farm in Bolton Landing, New York. A place professor Kettlewell visited while Wilhelmina Weber Furlong. while she was still alive. He always knew her story would one day come to the forefront!

In today’s light Wilhelmina Weber Furlong is now recognized. As the first American woman modernist. “A blend of creative color, style, and bold imagery” are words still used to describe Weber Furlong’s significant body of work. Wilhelmina’s powerful technique captures the true essence of a subject. Nonetheless bringing to life qualities often ignored by other modernists within the movement. Her work has appeared in numerous museum galleries and private collections since 1895. Wilhelmina was known for a warm personality. That managed to bring out the depth of her subjects. View Wilhelmina’s significant body of historical work. You will understand why she is now in such high demand.

Precursor to an American Movement

Early in 1913 ahead of the famed Armory Show. Following her return from Paris and Mexico City. Weber Furlong opened one of the first American Modernist painter’s art studio and gallery. At 3 Washington Square North in Manhattan, New York. Called the “Yellow Shop”. It was hailed by the New York Post and the New York Tribune as the “New School of Modernist Painters. A bright and colorful place. Where one could see paintings and crafts. Representing the new things to come”.

Subsequently in 1913 Weber Furlong was also exhibiting in St. Louis. At the Artist Guild of St. Louis. She was part of the progressive change in St. Louis. When women could not show their work in public alongside men. This movement had begun in 1886 at Washington University. This shift was a result of women suffragists and bold individuals. Willing to champion change. Without compromise they continued to create brilliant works of art. On Sunday, February 1, 1914, The New York Press writes: “Wilhelmine Weber is of the new school of art. Which is called by decorative workers, the Modernist. As all-embracing of the new spirit of strong color”.

By the early 1890’s her student years were spent as one of the first women activists. Eventually allowed to exhibit artwork alongside men. Thanks to the efforts of a restructured men’s art student club at Washington University. After that called the Artist Guild of St. Louis. Through this important venue and on into the mid 1890’s. Miss Weber showed her work alongside Edmund Wuerpel (a student of Whistler). Additionally, Emile Carlsen and William Merritt Chase. During this time Weber Furlong was also a student at the Art Students League of New York. Later becoming the Leagues executive secretary throughout the Modernist movement.

At this time, the Modernist movement took hold. Weber Furlong was playing a key role in the Manhattan art scene. Including the Whitney Studio Club. Where she was involved with organizing traveling exhibitions. Of Modernist works of art. Throughout the 1950’s Weber Furlong was actively painting, exhibiting, and teaching. All the while developing art curriculum in Warren County New York. During this time, she was communicating with Alfred H. Barr. Founder of the Museum of Modern Art in Manhattan. She is also responsible for the first full time hiring of art teachers. In Warren County, New York public schools.

Currently a private residence in the hamlet of Bolton Landing, New York. Golden Heart Farm served as the art colony of Tomás and Wilhelmina Weber Furlong from 1921 to 1962. The farm was the summer residence. The avant-garde duo became busy managing the Art Students League of New York.

They both likewise served in executive and administrative functions. Moreover, they taught in New York City. Wilhelmina or commonly called “Weber”, chose the name for her art colony. While living in New York City and working at the league. Tomás Furlong was an accomplished pianist. Additionally, Tomás achieved notoriety. Through his murals, painting, and teaching art. First and foremost, at New York University. His wife Wilhelmina Weber Furlong was a major American modern artist.

Weber’s “golden heart farm” art colony formed in 1921. In a region lined with winding with colonial roads. That was recovering from national expansion and reform. The charming old farmhouse high on a hill in the Adirondack Mountains of upstate New York. Built in the mid-1860s by Mr. Rufus Randall. A veteran of the Civil War. Upon his return home Mr. Randall cleared and farmed the land. Finally, he raised his family there before selling the property to Edson Persons another Bolton man. The farm had “one of the most magnificent views of the lake.” According to a newspaper clipping from 1961. This section about golden heart farm is from the Biography of Wilhelmina Weber Furlong.

To Summarize on July 23, 2013, the City Glens Falls, New York Common Council. Approved a resolution to place a New York State historical marker. In downtown Glens Falls, near City Hall. The resolution stated:
“Weber Furlong (1878 – 1962) One of America’s great and influential artists of the twentieth century. Weber Furlong was among the first to champion the Modern art movement. The final years of her life were spent in Glens Falls. Where she lived and taught near this site. At her Ridge Street studio until her death in 1962”. Placed for the Warren County Bicentennial.